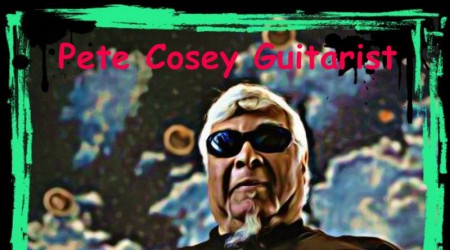 I use to work as a stock boy in a local liquor store in my neighborhood on Chicago’s south side. I was just a young boy of about 14 with a summer job my mother hooked me up with.

At the time I was totally enthralled by the guitar, having found this new ability to express emotional places that words could never reach. Females liked it too and being a shy type, that fact just fixed it as an irrepressible passion.

It was also a way to pimp up my identity in the hood, where you better have something you can do well to secure some respect, so when you are walking down the street and dude calls your name, he and you know why.

This set me out on a course of searching out enough dough to buy a better axe so I could negociate the next steps of this awkward pubescent terrane. The man I used to work for was not the owner but was related to the owner and he looked like a dude who should have been working in an Africa book store or a social activist lawyer, rather than selling Mad Dog 20 20 and Richard’s Wild Irish Rose to a stream of customers who chose to taunt their liver’s future prospects with the substance.

Yi ole elixir devoid of fruit or sustenance, grape “pop” additives piped into the consciousness of the working poor on billboards and benches everywhere near you! The more you beckon me the more I hate who I am becoming, the more I look for cover in temporary comfort; I can’t front, the price is right too.

That is what I saw in some of those fellows eyes. The battle raging somewhere in the moral subconscious, as a brown paper bag held tight, the next 2 hours of existence, feet hit the door, helling out to the streets “yo yo mafuka”!!

My manager Rap, wore long flowing shirts with thick brown leather weaved sandals and looked like he had been places far beyond the confines of this store. A world of knowledge beyond me, resting underneath his understated, poker face “but what” I thought? 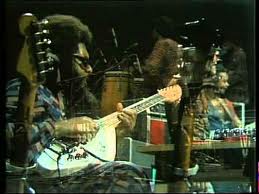 One thing he use to do was spin a wide variety of soul and jazz jams on the system, Hamilton Bohannen, Mayfield, some Mongo Santamaria.

This gave a cool awareness cover to the beverages that hung out on the bottom shelf that seemed to sell too much for my middle class comfort. It also made me confident that I was probably right about him being beyond the 9 to 5 waister, “workin for the man” vibe that was going on around here.

Dollar nine buys a bottle a wine. That was even a jam at the time. I used to wonder what would have happened if the desperately greedy bastards makin this stuff would have gotten that price below a dollar? BOOM! It never did go below.

Rap was what I would later call a B-side brother. You know them cats who are always looking behind the norms to squeeze out the subtle, extra cool. I was mostly a quiet worker until he awakened our connection when he played Miles Davis”Agartha” one day.

Then I knew, I was gonna open up his knowledge bank. I asked “who was that” timidly? Wherein he proudly announced that “that was Miles” (which I kinda had a hunch, from my brother Marc, who had played to me “On the Corner” the summer previous) but it was the guitar solo that threw me off, that tone, that screeched and sputtered like some kind of power tool cutting loose on thick metal in an auto body shop.

He then added: “the guitar player is my brother in law”. “Your brother in law”, I thought quietly, ” really?” I’m getting real excited now but holding it in. I’m thinkin damn maybe I can meet this bad dude? Here in Chicago? Naw, I’m sure he’s too busy livin the high life with Miles on some yacht in the mediterranean, while I’m breaking open another case of Annie Green Springs Apple Grape thats headed for the second from the bottom shelf.

I never responded to his comments.

I didn’t see Rap for a few days and I really was not feeling what the other cash register managers where playing. It was the same old shit I could have heard any day on Okeeffe school’s playground, so I just sunk into the grind of the job.

The next time Rap worked, he started up with his playlist. Somewhere after Bobbi Humphery came the Agartha again. Bam! That shit just spoke to me immediately now, the bass lines diggin in, the spacing of sounds, damn the SOUNDS alone. Was that a guitar, a trumpet blowing through a inner tube, calling in codes about something urgent that about to happen?

I heard what sounded like a plug making static contact then  rrreeeeqqqq!! electric lightening scattering across a tin roof, ricocheting up towards the sky and stinging the heavens, “what the hell” I thought ?! Then it was all over just like that, back to a groove, exhale.

What was most seductive to me in this scene was that I was experiencing the abstract funkiness of the music, in the frame of 71rst street, where much activity was pushing one towards buying throw away goods, fried foods, barbequed ribs and late night hooch.

This music on the other hand, was solving problems, exercising demons, healing, why couldn’t they see? Agartha plays, here comes another brother asking for a 40 of Ole English 800, rowdy drunk, the 5pm rush, I check peoples reaction. A busy lady seeming oblivious, a mother with her kid, smart eyes, looks slightly annoyed, a brother bops his head as if its the latest Tyrone Davis jam and he’s expecting the vocals at any time now and I’m experiencing vision, expansion, possibility…POSSIBILITY!

Shit maybe they were too? You know like overhearing a very interesting conversation but you can’t stop cause it might seems nosey. So you just take in the exhilaration of the moment and keep stepping.

This music challenging my ideas of boogalou as a intellectual undertaking for the first time. Yea I was young but I could sense, like walking through the picket lines proclaiming respect from the owner of the local food chain, this was pushing new territory.

I listened to the whole record and this time I asked firmly if he could spin it again. Rap gave me a double take with a new found surprise at my assertiveness.

After that day of work, just before leaving I remember asking him again hesitantly, what was the name of his brother in law again? “Pete Cosey”. This time, he articulated it smooth, firm and gentle like.

Like I’m giving you something young brother, now find out the rest for yourself. Like in the way Mooky says in Spike Lees film Do the Right Thing, I thought “yea, I got it and I’M GONE”.

That summer got me into Pete, his unique strangle hold, squeezed out, fuzz driven, electricfied blues style. It also made me aware of the fact that there was a deep cultural richness around the south side that the larger society and media was unable or had no interest in affirming.

Inform yourself said a voice deep within. Yes find where these golden nuggets of beauty dwell, dust them off and enrich yourself. 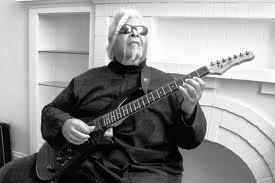 The funky Pharoahs, AACM, Howlin Wolf, Muddy, yea he moved through all of those defining figures of the southside. He was doing the false finger Trane notes 15  years before I even knew someone was doing that, before I started messing with it. Pete was advanced.

Just like the great drummer Roy Haynes, how many drummers can say they played with Bird and Trane? How many guitar players can say they recorded with Muddy, Wolf and Miles. Thats transition, bro thats history.

Some years later I played a gig with Chicago legend Phil Corhan, I was an eager young lion who had learned all the Egyptian scales of Phil music, Pete drove up in a hearse and played bass which was an honor, if not a very unexpected and special way of intersecting with him. The gig was a “stone gas” like they used to say!

The thought that I want to give in closing is, Pete was like a quiet explosion. He was a catalyst player not a limelight guy, a scientist. Maybe because of his lengthy spells of hibernation his effect on us guitarists may have been more subconscious than conscious. You just knew he was there so everywhere you may try to go musically, is in some part aided by one of the bridges he built.

Now that he’s gone, its clear in my consciousness that he was a giant. I don’t know if I ever spoke to him about the liquor store story so on the passing of this great guitar hero, I thought to share it with the world.

Since some have put forth the challenge to be post racial, I hope the writing in the future about Pete Cosey will not fall into the tendency of putting Pete behind the Hendrix line with the “post Hendrix” tag because he was not! He was in fact pushing the same borders that Hendrix was pushing, with the technology and consciousness that a modern blues man would need to express at the time.

He (born 1943) was the same generation as Hendrix (born 1942). So creating a parallel line that gives dimension to that stream of music would be more accurate.

Same thing goes for the  old “black guitarist” fence-in or any of that stuff that doesn’t do anything other than extend the repression of society. Its boring and its played and more than that it’s not useful in a world were we need our artists to inform, more than ever. It should read more like “the guitar hero we only got hip to, post Hendrix or “the guitar hero we only got hip to, thanks to Miles” take your pick cause be sure, Pete was doing his thing before you got hip to him.